Sophisticated. Epicurean. Diabolical. Such words have often been used when describing me; an exercise in futility, to be quite honest. I am not one who can be explicated with silly adjectives and idioms. There are much greater forces at work who care nothing for the idle words of men, and I am a part of their stratagem, for I have my own master plan. I am omnipresent. I am everywhere.
I am teeVillain.

teeVillain is the most nefarious limited edition t-shirt site on the web. Named after yours truly, I feature a new design every 24 hours; most of which reflect my own twisted appetite for art and popular culture. Although I tend to fancy the macabre, I also feature designs more akin to Television and Movies, Music, Video Games, Comics, Local Legends, and unbridled Artistry. Each day I showcase a new design, to prevent my customers from building up a tolerance against their hypnotic effects; a single cog in the gears of my ultimate machination.

I enlist the talents of artists from around the globe, most of whom have a strong penchant for villainy. Miscreants, misfits, and monsters. Scamps, scoundrels, and swindlers. Rogues, rapscallions, ruffians, and rascals. These are my people; the driving forces, without whom I would not be the tenacious tyrant I am today. These are my Masterminds.

Want to join my “Legion of Legendry?” Send me your artwork.

Since much of my time is taken up by ruminations of Global World Domination™ things tend to quite easily begin backing up. Reluctantly, I decided to enlist the services of those closest to me, most of whom were my captives. Why not exploit what skills they may have rather than letting them waste away in my dungeon, interminably pleading day after day for liberation? They are indeed an eclectic assemblage, ranging from a girl shackled to the front desk, to a lackey confined to the basement, to my prize, Agent 767, a former SWP spy who let his cover slip just long enough for me to scrub his mind of all previous allegiances and become one of my most devoted assistants. Others have served me well in the past, but I let them fall victim to their own predestinations, a mistake I am not likely to make again. They are the oil on every sprocket, the grease on every gear. They are The Baddies.

This is you, my fiends. You are the outcasts; the strange, the macabre, the mad. Your support and unremitting devotion has been the keystone in the arch of my master plan, and the spoils of such shall not be overlooked. After the smoke has parted and the fires have drawn their last breaths, you will be the ones left standing to follow me into this new world we will have carved for ourselves. You are The Do-Badders.

If you have not done so yet, pledge your allegiance here. 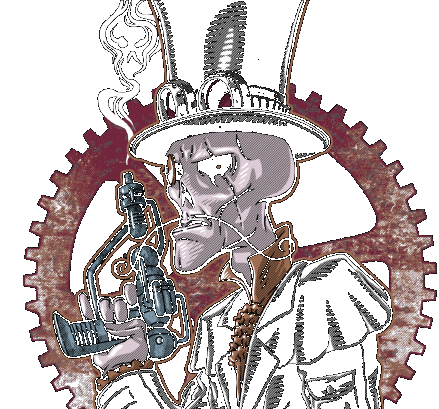